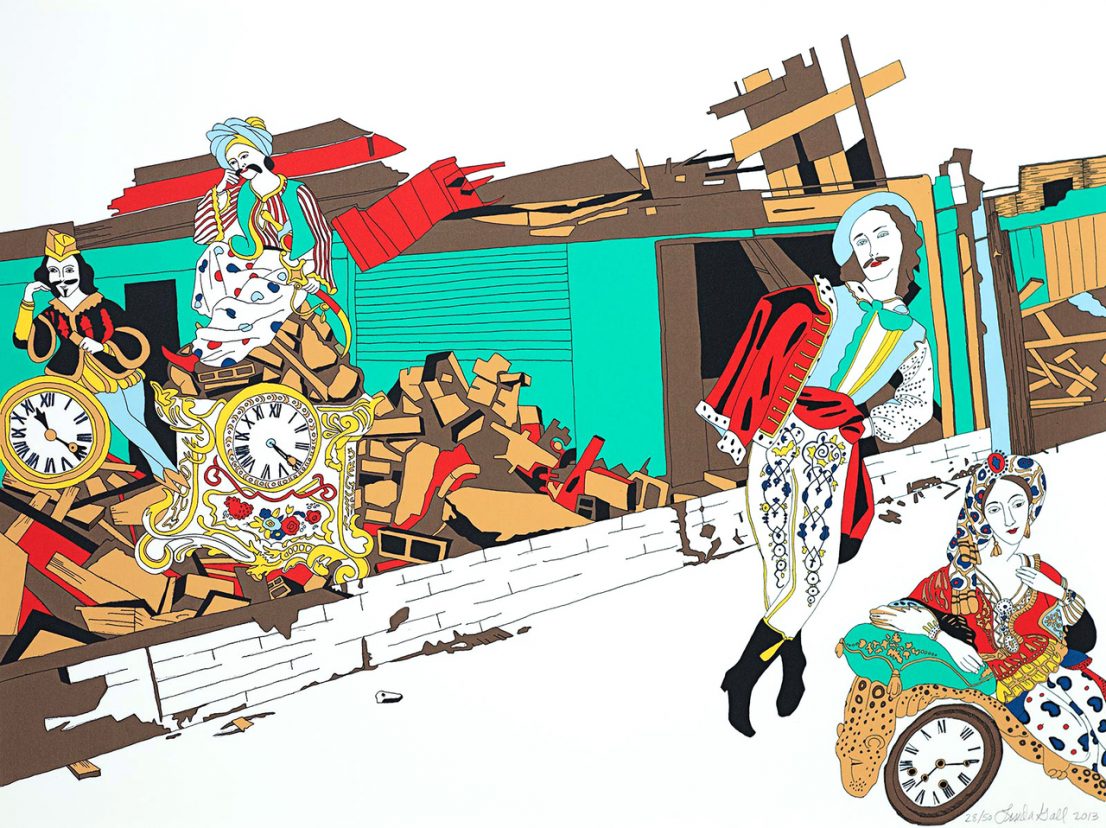 “There used to be a car dealership on Main Street in the crook of the famous Y-Bridge [in Zanesville, OH]. I think it was White’s Chevrolet. I photographed the building as it was being torn down.  The clock figurines showed up during the demolition, lounging in the debris, getting high and chilling out. Decadence.” 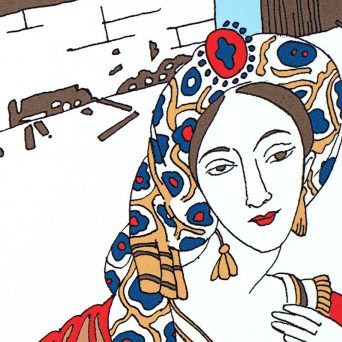 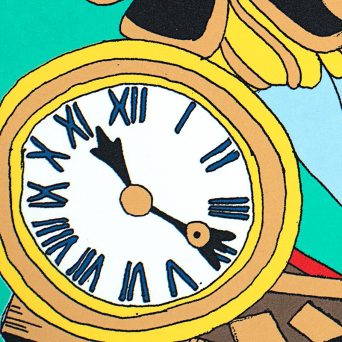 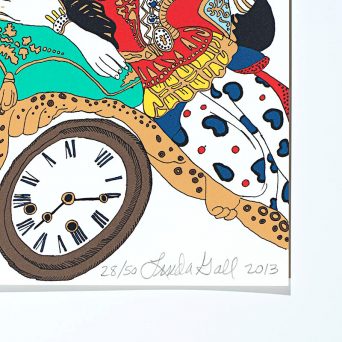 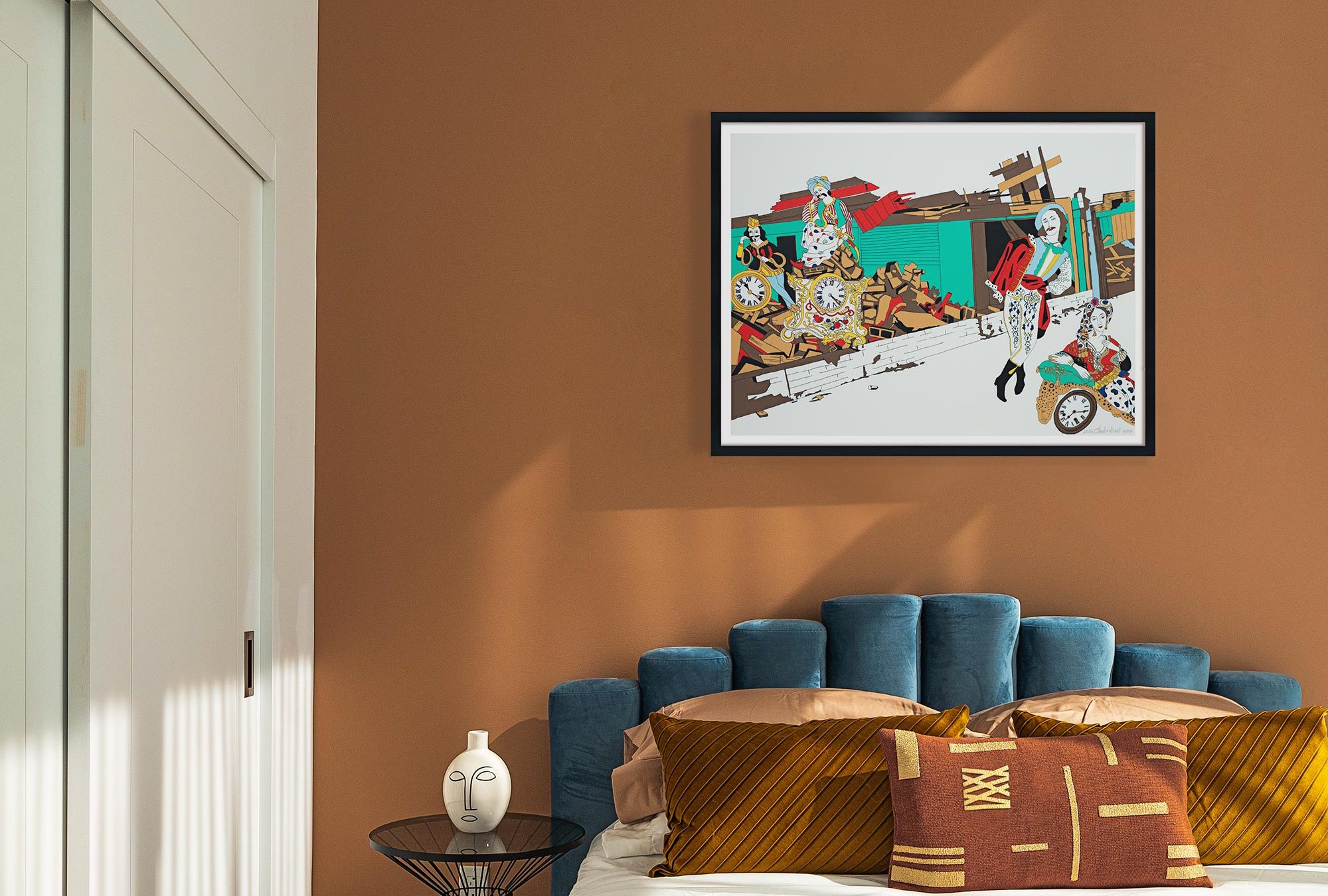 This 8 color screenprint showcases Linda Gall’s complex and clever visual dialogue. Her genteel porcelain figurines appear to be visitors from an earlier era, allowing us into an irreverent yet historically significant environment.

In Gall’s screenprint, Lost for Hours, we see four characters in varying degrees of repose. One courtier in tights lounges against a golden clock with the time set to 11:20. Next to him, seated atop rubble on a porcelain clock is a wistful two-sworded prince. His clock reads 4:20, and matches the color motif of his costume. The ruins behind them are from a more recent era – they appear to be the height of a one story strip mall that has seen better days. An ermine-clad matador leans at an impossibly cool angle (were he porcelain, he would topple). Finally, a woman perches on a leopard who is curled around the least decadent clock of the three, reading 6:15. The whole scene has a whiff of languor, as if these characters could comport themselves this way in front of a bubbling volcano, a building on fire, or any chaotic background their creator provides. 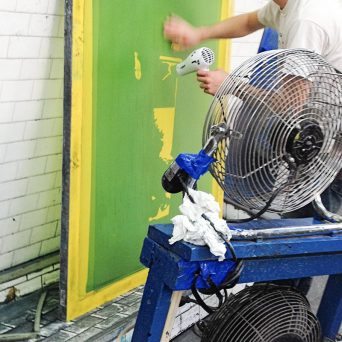 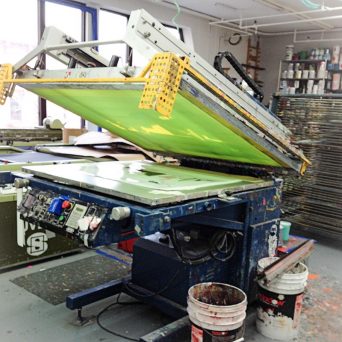 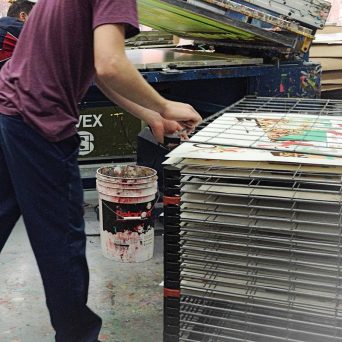 Haystack works with both traditional printmakers and digital printers to ensure each artist’s print reflects the most important aspects of their studio practice. Lost for Hours was printed in collaboration with the artist and Forth Estate at Axelle Editions (a renowned printmaking studio active from 2005 – 2015). Each print was created by silkscreen printing (also known as serigraphy). This method requires stenciling techniques wherein ink is pressed onto paper through deliberately exposed areas of a mesh screen one color at a time. 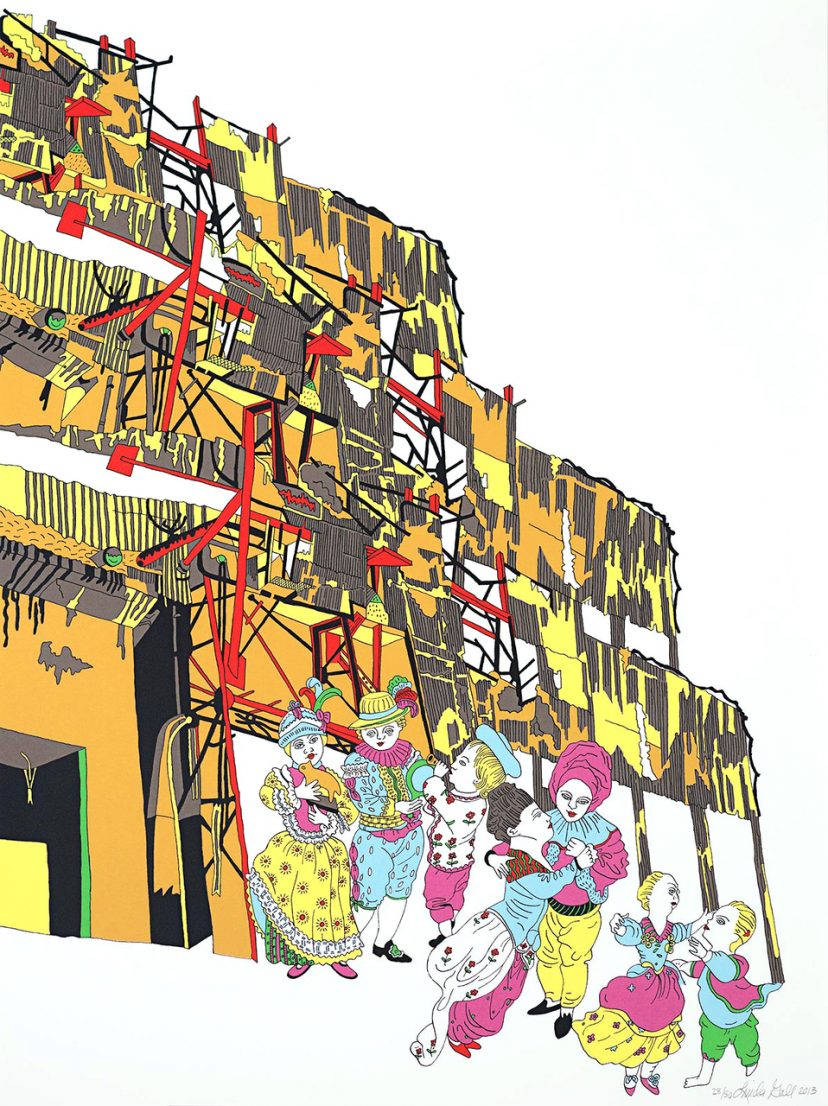 Linda Gall
Dance Me to the End
$400
Read more 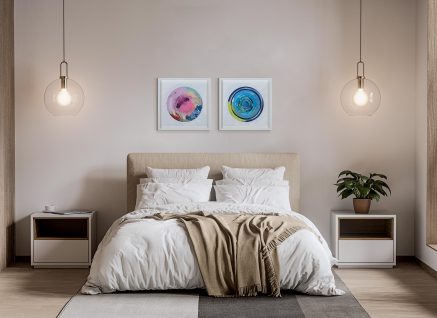 Make your bedroom your own personal haven. 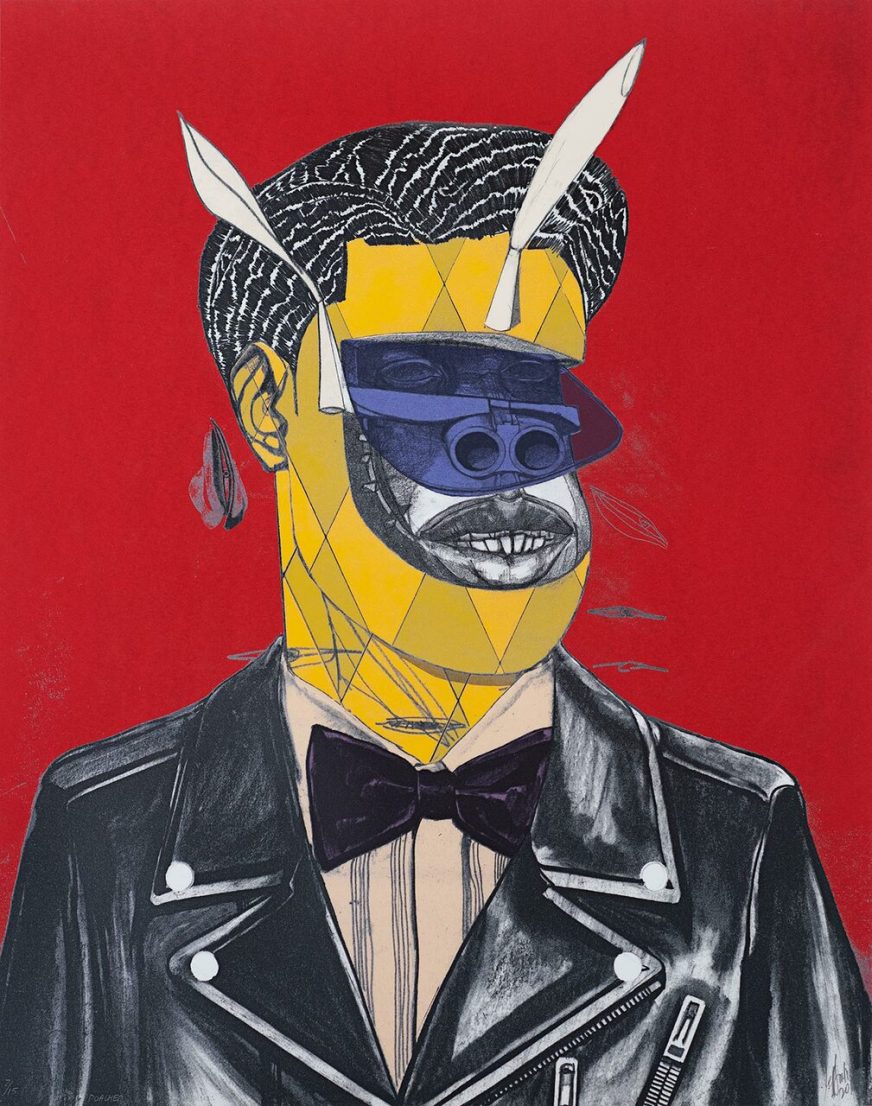 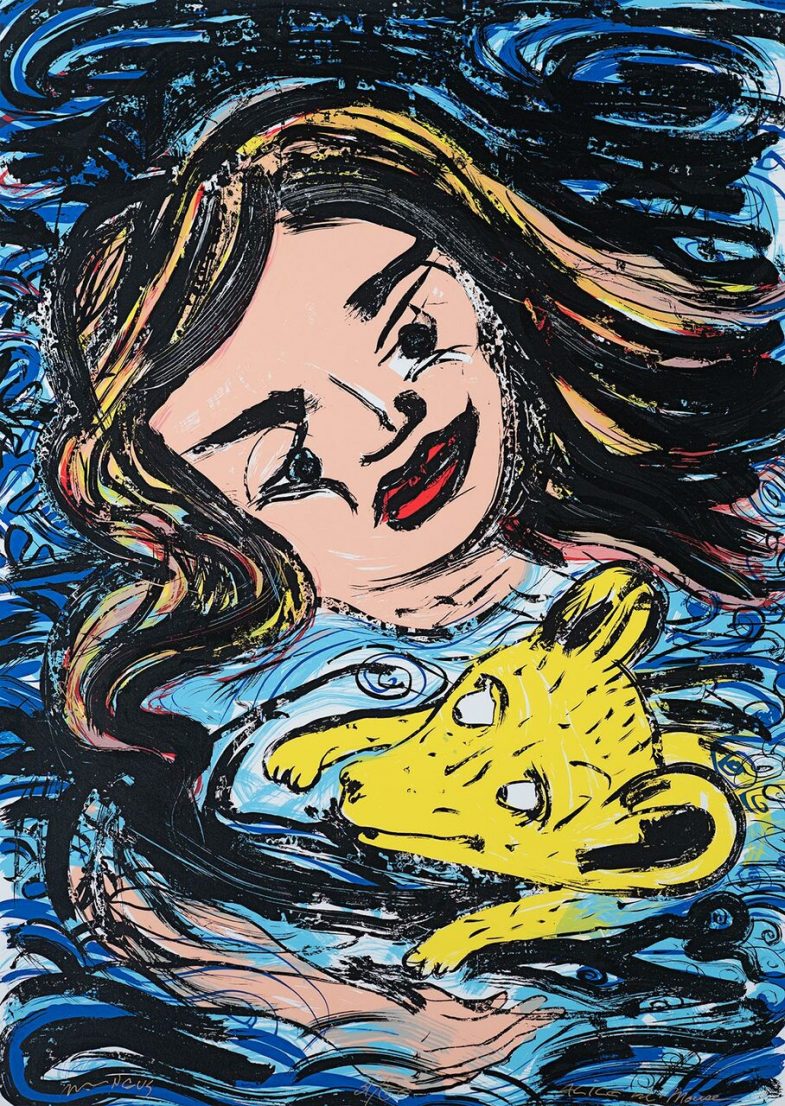 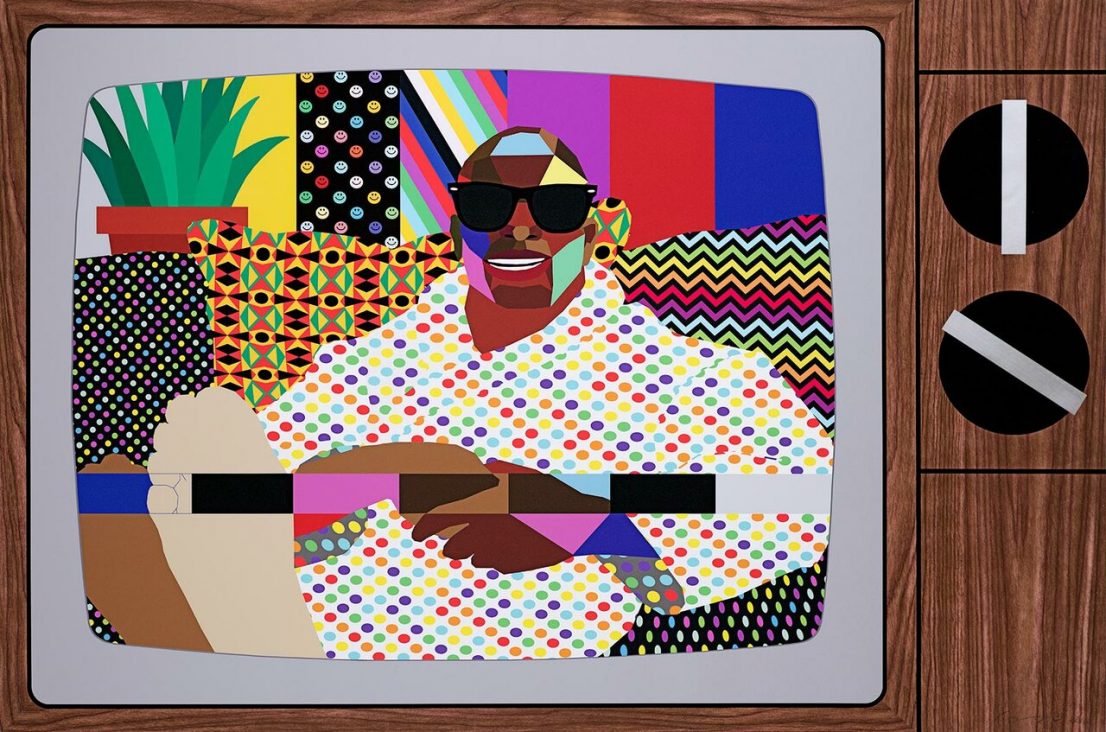 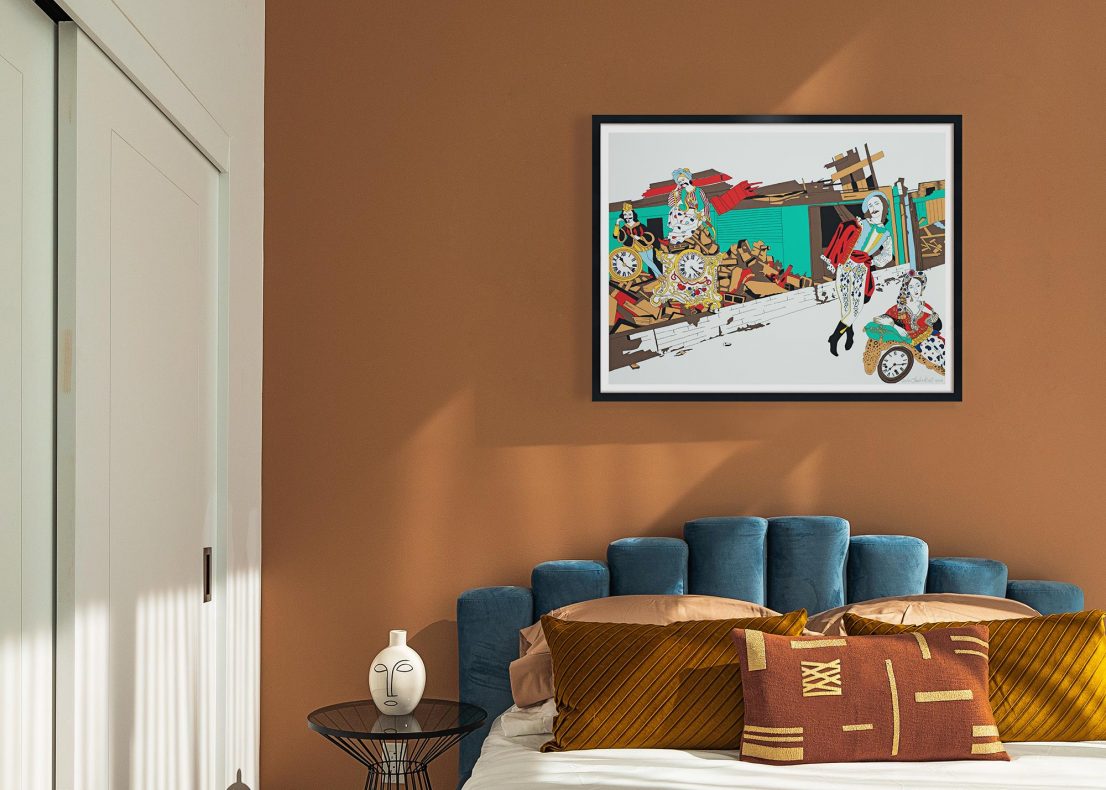 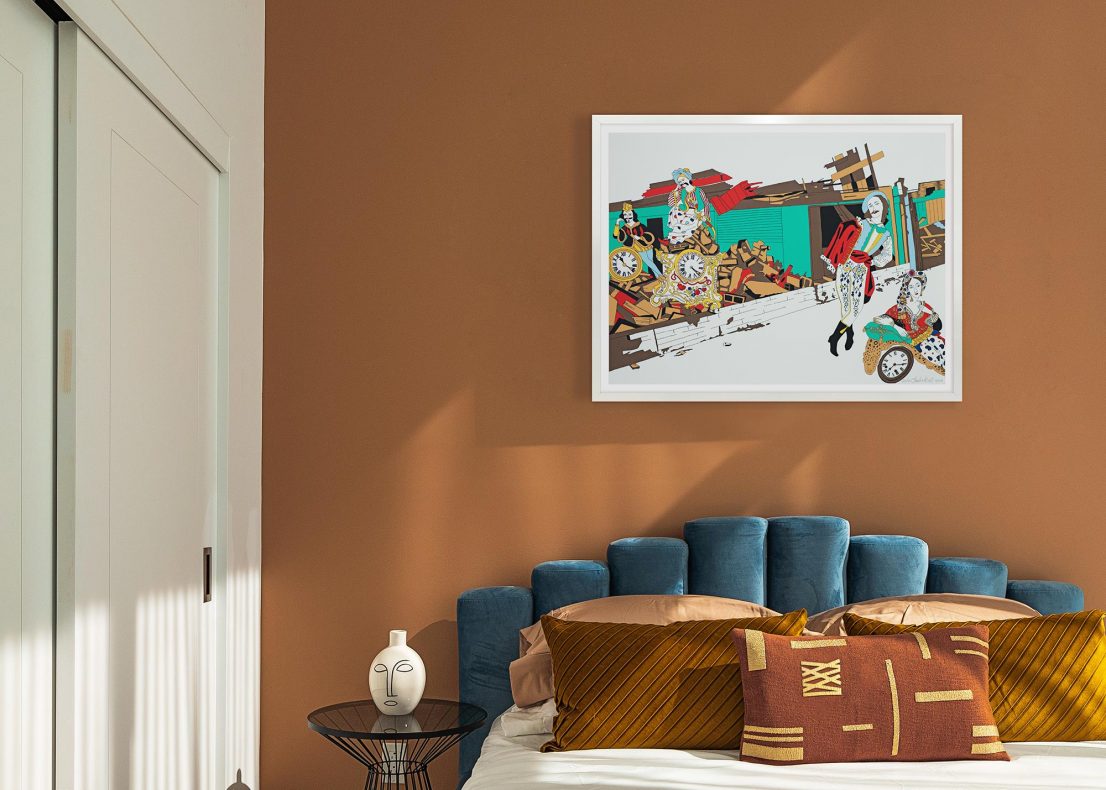 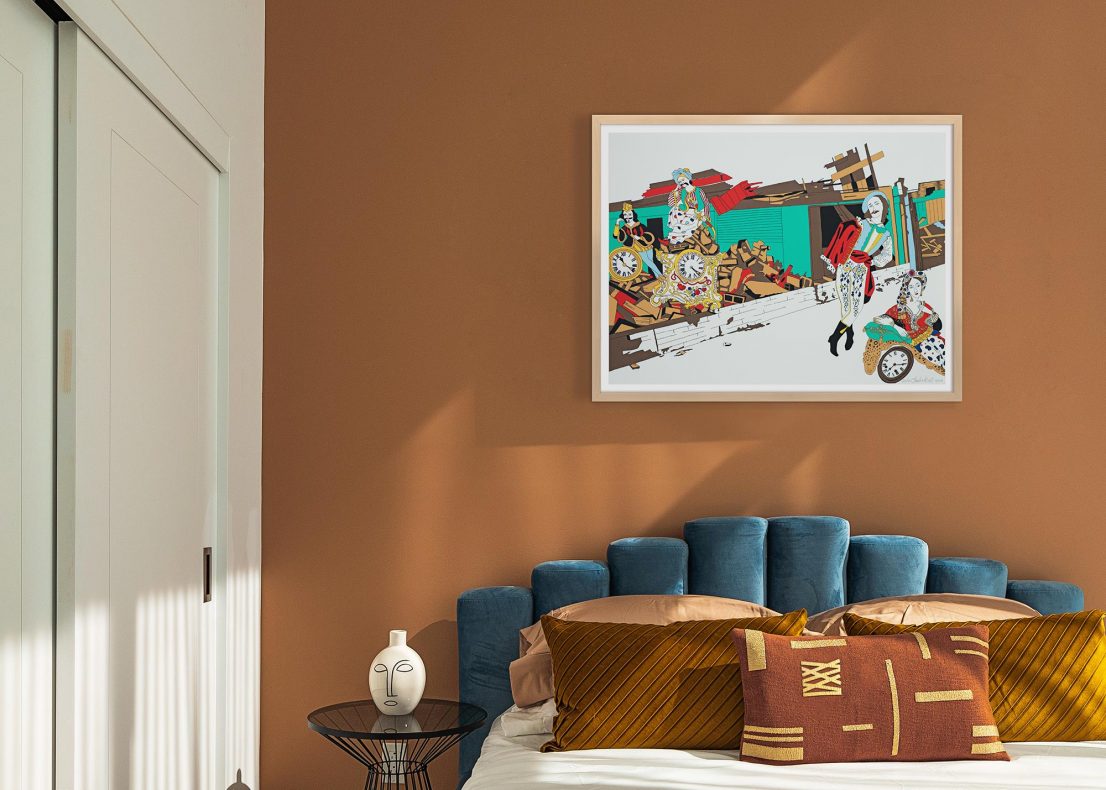 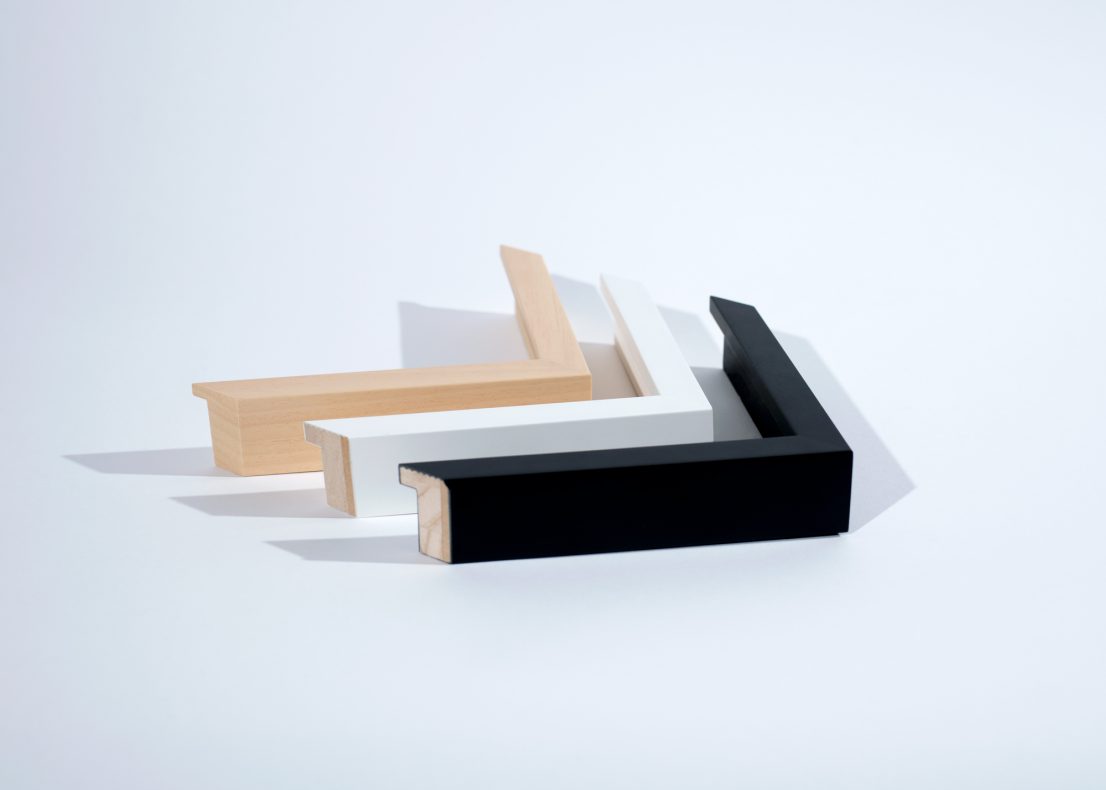 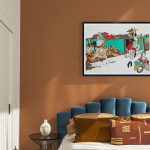 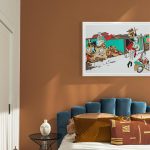 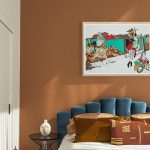 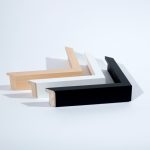