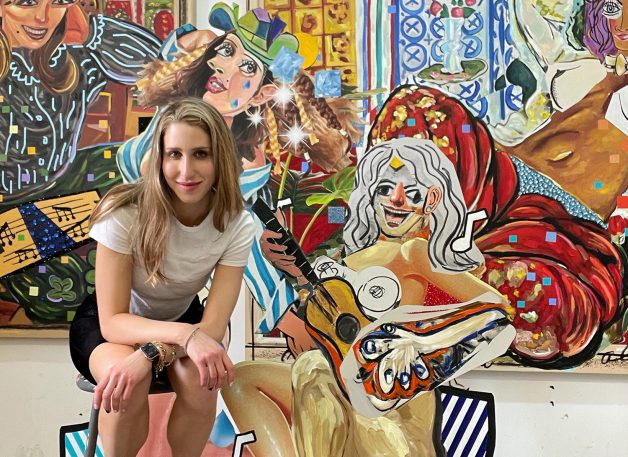 Allison Zuckerman (b.1990, Harrisburg, PA) is a mixed media artist who describes her work as a remixing of art history and contemporary culture with an emphasis on female empowerment. She paints and collages striking images together across time, using breadcrumbs to hint at painting masters from the past and imagery from this present moment.

Allison began painting as a child, originally signing up for after-school art classes to follow in the footsteps of her older sister. In the summer of 2011, Zuckerman attended the Yale Norfolk Summer School of Art. Soon after, she received her Bachelor of Arts in 2012 from the University of Pennsylvania. She later attended the School of the Art Institute of Chicago and received her Master of Fine Arts in 2015. Zuckerman actively exhibits nationally and internationally at renowned galleries, museums, and art fairs. Her work has also led her to complete projects with leading creatives around the globe – Charli XCX, Vogue Italia, Moschino, and Louis Vuitton are just a few of her most recent collaborators.

Zuckerman possesses a vocabulary of fragmentation, slippage, and the manipulation of found and original images. She tears down bodies and builds them back up in ways that reveal the influence of instantaneously available visual culture and celebrate how intellectually powerful the reconstruction and reimagination of those bodies can be – because bodies are always bigger, more complex, more layered, and more composite. Zuckerman engages in appropriation of the art historical canon and in upsetting established standards of beauty. She references Matisse, Picasso, magazine models, as well as Minimalism’s grid, Pop Art’s flatness, and Surrealism’s non sequiturs. Her work in tearing those images apart leaves us with an evolution of the body that feels more relevant, and more reflective of our communal experience. 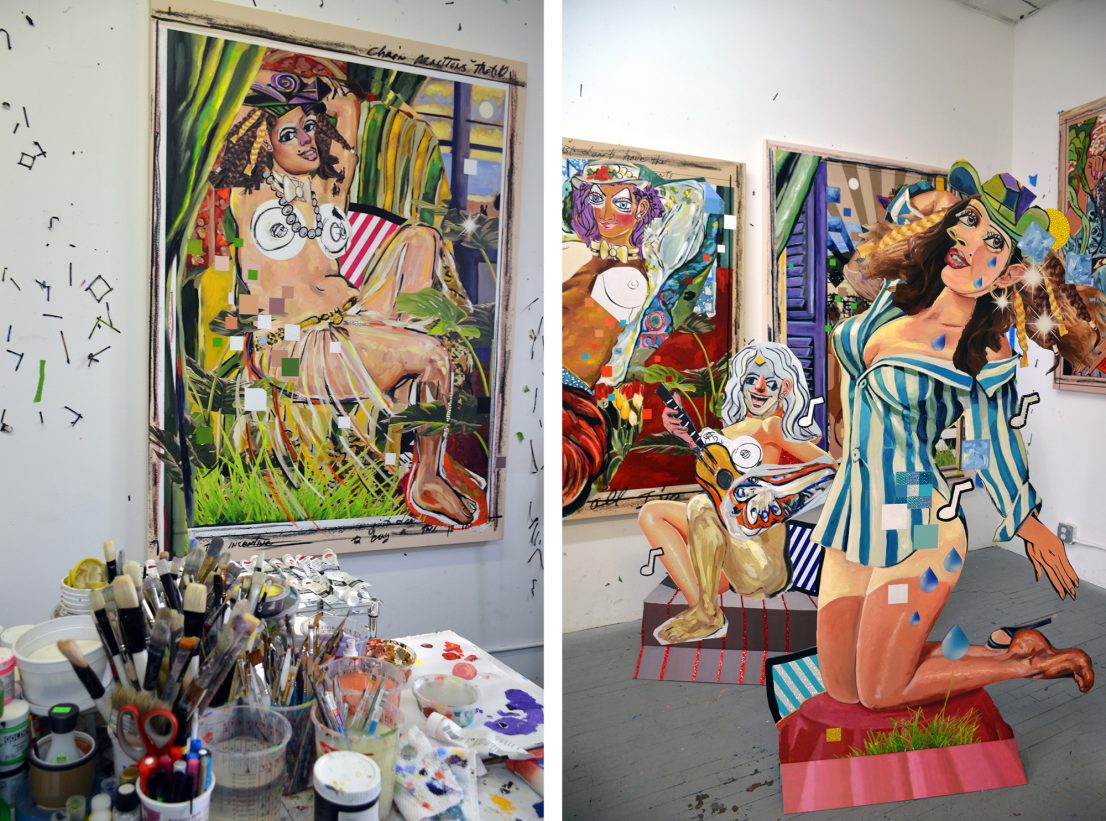